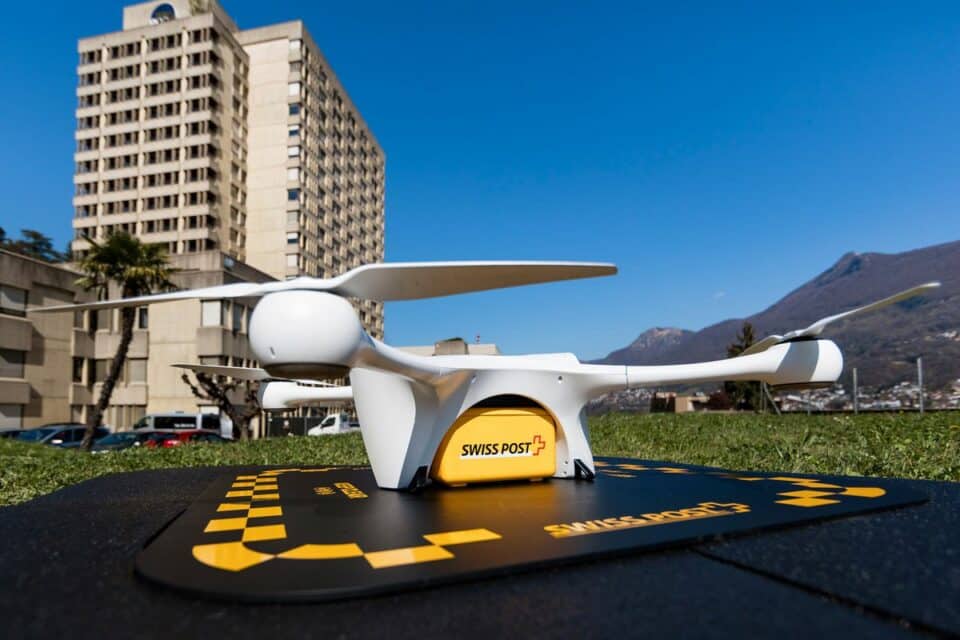 Matternet Stations technology is becoming increasingly important in today’s e-commerce world. These drones will connect to other stations all over the globe. Customers can scan their packages and place them in a slot on the drone. The drone will then deliver the parcel to the customer and return to its home base to recharge. To ensure sufficient power for the journey, each drone can choose from five different batteries. This allows packages to jump easily between stations.

Robotic Skies provides turnkey service support for commercial drones to its customers, in addition to their global network of over 190 certified repair stations. The technicians at these service centers have extensive industry experience and expertise. These professionals will ensure that your drone needs are met quickly. Robotic Skies will ensure that your drones arrive in perfect condition.

Since 2017, the company has operated beyond the visual line of sight in Switzerland. Now, it has expanded to the U.S. where drone regulations are more lax. Matternet claims that it has completed over 10,000 BVLOS flights in cities all around the globe. It launched a drone delivery network in Middle East where commercial UAS regulations are less strict. Matternet has partnered with Robotic Skies to ensure that it can provide on-demand delivery services in U.S. cities.

Robotic Skies received funding from Boeing HorizonX Ventures. This investment enabled Robotic Skies to build its global network repair stations for commercial drones. Matternet drones are lightweight and custom-built for urban environments, unlike other companies offering similar services. The drones will be used by the company to offer a wide range of drone-based services including blood sample delivery. As these companies expand their customer base, they expect to keep growing the services.

Pfizer, a pharmaceutical company, introduced a drone delivery system to deliver vaccine doses a few months back. The drones can fly vaccine from a distribution centre to a clinic or vice versa. This is the first time that the company has ever had to transport vaccine doses by drone. It must use a network known as stations of docking stations to ensure patient safety. Pfizer and UPS collaborated with Matternet to make these deliveries possible.

UPS and Atrium Health Wake Forest Baptist Hospital operate the drones. According to the World Health Organization (WHO), up to half of all vaccines are lost because of poor temperature control. To keep vaccines at the right temperature, drones have special cargo boxes. Because drones can transport several tons of vaccines simultaneously, the company is investing in technology to make it more efficient.

UPS announced last month a partnership agreement with Matternet, which uses drones to transport medicine and other items to seniors at high risk. UPS’ Flight Forward subsidiary will use Matternet’s M2 system from CVS to transport medical samples. This service will initially require a human concierge. However, UPS plans to use drones in the future to transport medical items through a hospital.

Matternet, a US-based company, has started operations with UPS. Matternet has delivered more than 2,200 laboratory samples, which is quite impressive. As part of North Carolina’s Integration Pilot Program, the company is currently working alongside WakeMed, Raleigh’s flagship hospital, and Wake Forest Baptist Health. UPS was also an option to provide a variety of samples and medical supplies. Matternet has much to learn despite its early successes.

This partnership will help to improve the U.S. on-demand logistics sector and medical system. Matternet’s drone technology has been certified Part 135, which allows it to fly commercially in certain regions. It also delivered 2,200 samples to WakeMed, Wake Forest Baptist Health. It has been certified by the FAA Part 135, making it the first drone delivery company in the country.

With the launch of a medical drone service at WakeMed’s flagship hospital in Raleigh (N.C.), in March, UPS began collaborating with them. Since then, the partnership has expanded to include University of California San Diego Health System. The company also collaborates with hospitals in California, the United Kingdom and other countries. In February, the drones will start transporting medical supplies to hospitals. UPS and Matternet will continue testing this technology in other locations. These two companies will now be focusing on the delivery of medical products.

Matternet announced in November 2018 that it had been approved by FAA to operate commercial BVLOS operations. UPS announced last year its partnership with Matternet (a company that makes drone systems for hospitals). Both companies have already collaborated on a pilot project for WakeMed Health and Hospitals, NC. The new technology has opened up more possibilities for collaboration between Matternet, UPS and other companies. The company hopes to expand its services across the US through the partnership between Matternet & UPS.

UPS has become a major player in the medical sector thanks to its new autonomous drone delivery service. Matternet’s delivery system reduces the time it takes for medical samples arrive at WakeMed’s campus. It is now less than 30 minutes. Under the supervision of the North Carolina Department of Transportation (Federal Aviation Administration), the first UPS drone-powered revenue-generating delivery took place. UPS will continue to develop new technologies in the future.

How Miso Robotics Can Help Your Restaurant

Noise Mapping As A Tool For Smart Cities