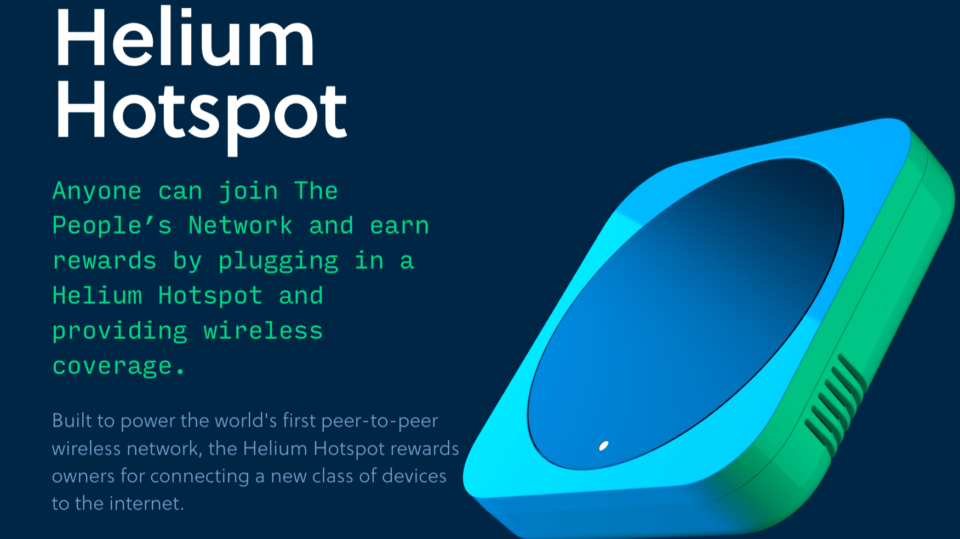 In this article, we’ll examine the future of the Internet of Things and how the upcoming decentralized network will make these connected devices even more useful. The revolutionary technology behind this network is crypto, and it’s rapidly expanding and rewarding early contributors. Its decentralized network, powered by crypto, will transform the way we communicate with each other and with our connected devices. In addition to being a game-changing network, it will help improve the quality of life for many people.

It’s a decentralized network for Internet of Things devices

The blockchain technology behind the Helium wireless revolution is revolutionary and enables the connection of Internet of Things devices without a centralized authority. It is also designed to reward users for their support of the network by rewarding them with HNT tokens. This decentralized network could find a place in the IoT ecosystem globally. Its decentralized design enables users to generate and distribute radio frequency to various wireless devices without any complicated setup.

The Helium wireless network was a pioneer in the IoT space and has received significant funding from a number of prestigious investors. Its underlying network architecture allows users to earn data credits. These data credits are a form of currency, similar to bitcoin, which can be burned by users to acquire more. The value of these credits remains constant because companies spend them by transferring data via LongFi and making transactions on the Helium blockchain.

During the initial phase of the development of Helium, its founders wanted to blanket the US with a wireless network that was cheap and fast. This network would also enable the communication of IoT devices like smart streetlights, medical devices, home delivery systems, GPS trackers, and electronic pet collars. The team behind the project is made up of Amir Haleem, Shawn Fanning, Sean Carrey, as well as a team of other prominent entrepreneurs.

Unlike other IoT networks, the Helium network is designed to support small, frequent transmissions from IoT devices, rather than communications between computers and phones. However, this could change in the future as 5G rolls out. By providing a simple and efficient way to connect devices, Helium’s network design is likely to be more popular. Its network design is also designed to encourage new hotspots in densely populated areas, which will earn more HNT in the long run.

Crypto is the power behind the latest wireless revolution. A crypto project called Helium is reimagining the Internet of Things by leveraging blockchain technology to create a new wireless infrastructure. The project uses crypto to reward hot spot participants with cryptocurrency tokens and also allows them to vote on proposed changes to the network. If the tokens increase in value, Helium users would make more money. That spurred the community to set up more hot spots and trade tips for longer range. As a result, more people were connected to the internet via the new Helium wireless revolution.

The wireless industry is a massive market with strong governmental ties. Consequently, many believe that “Decentralized Wireless” is necessary. But with so many companies vying for market share, Helium has been busy reshaping its technology to support other networks, including 5G. The company is next testing a decentralized 5G network. Helium’s success so far has led to intense competition from companies such as Pollen Mobile and Voxel.

The founders of Helium did not plan to build a crypto company. They did not even plan to use tokens and blockchains as the primary means of funding their network. In fact, their initial efforts were limited to scaling the network. After years of struggling to bootstrap its network density, Helium made several pivots and refocused its strategy to serve enterprise customers instead of consumers. After implementing the new infrastructure, the company raised a large Series A round led by Khosla Ventures.

It plans to grow its network rapidly in the coming months. The company is partnered with hardware manufacturers to make it cheaper. However, this doesn’t mean that it will become a unicorn overnight. Rather, Helium is just starting.

The founders of Helium did not set out to build a crypto company. They did not plan to use tokens or blockchains to scale their network. Instead, they experimented with using crypto incentives and technology to achieve a specific goal. The three co-founders of Helium are Shawn Fanning, Amir Haleem, and Sean Carey. They launched the company in July of this year.

Earlier this year, Helium announced its “Chapter 2” evolution, which will expand beyond IoT. They plan to roll out 5G in the summer and support WiFi, VPNs, and other protocols. The company has a grand vision for the future, and wants to be a true “Network of Networks.” It plans to change the way we communicate, improve billions of lives, and take power away from centralized incumbents.

Despite traction and capital injection, the project has faced some challenges. The company has faced criticism for softening incentives. In a recent blog post, Max Gold of Hotspot Rescue summarized the incentive structure of the Helium network as “bad.” He attributed the declining rewards to a combination of factors, including competition between hotspots, professionalized bad actors, and fears over 5G rollout. These challenges are preventing the company from fully implementing its plan to blanket the US with a wireless network.

Despite the difficulties the network has faced, Helium is making progress. Its 5G vision is changing existing reward structures and introducing a new token called MOBILE. Helium’s blockchain-based platform will eventually include other networks, each with its own set of decentralized protocols, and tokens to reward node operators. The company has already gotten significant backing from Nova Labs and other investors. In addition to their new funding, Helium is preparing to expand its offerings into 5G connectivity.

While the Helium wireless network has achieved traction, capital injection, and early adopter support, its incentives have softened. Max Gold of Hotspot Rescue summarised the incentives of Helium as “bad.” He attributed declining rewards to rising competition among hotspot providers, the professionalization of bad actors, and concerns over the rollout of 5G. In this article, we’ll explore the potential for the network to improve billions of lives.

Traditional telecom companies lack the infrastructure and know-how to deploy dense small cell networks. They can install a few cell towers in a city, but cannot place a small cell in every coffee shop. And since higher frequency bands do not travel through walls and other impediments, they require greater density. DeWi implementations can happen in communities that incumbent providers tend to overlook. Those communities are often left with low-quality connectivity.

Although Helium is aiming to launch 5G networks across different geographies, the network has room for growth. Eventually, the network will reach one million hotspots, and its architecture is built to support future networks. Helium’s goal is to disrupt traditional telecommunications by providing connectivity to those who need it most. This means that it needs early contributors to get involved. In the meantime, it must increase its network capacity.

With the recent success of the Helium decentralized wireless network, the company is launching a new company based on the same vision. It will be called Nova Labs to distinguish itself from the community-run network. This new company will continue to build upon its previous success, which is to make the Helium wireless network decentralized and powered by token incentives. If you’re interested in learning more, read on.

It’s integrating with other networks

In an attempt to keep pace with the 5G revolution, Helium has been reshaping its infrastructure to support the future network.

The first iteration of Helium’s technology was less ambitious than the initial vision, but the company worked to integrate its infrastructure with existing networks. Initially, the company struggled to bootstrap network density, but the feedback from its paying customers helped it refine its approach. A Series A round from Google Ventures and other investors boosted Helium’s operations and helped it grow its team from six to 60 people.

The LongFi network is built on peer-to-peer sharing, and Helium rewards adopters with cryptocurrency. The current network requires Wi-Fi or cellular connections to function, and IoT devices require cheap, long-distance connectivity. The Helium network is intended to connect IoT devices such as pollution monitors, water quality sensors, and bike trackers. Helium’s technology has the potential to expand this technology and improve the lives of millions of people.

The founding team did not plan on turning Helium into a crypto company. In fact, they did not expect to use blockchains or tokens in their efforts to scale their network. But the founders decided to try out crypto as a solution to the problem of incentivization. This new currency would reward users for security and improve the network’s value as more IoT devices used it. Moreover, Helium’s switch to crypto would create alignment of interests among its stakeholders.

What Is i.materialise 3D Printing?

How to Make the Most out of Cellular IoT

A Day In The Life Of My Digital Twin