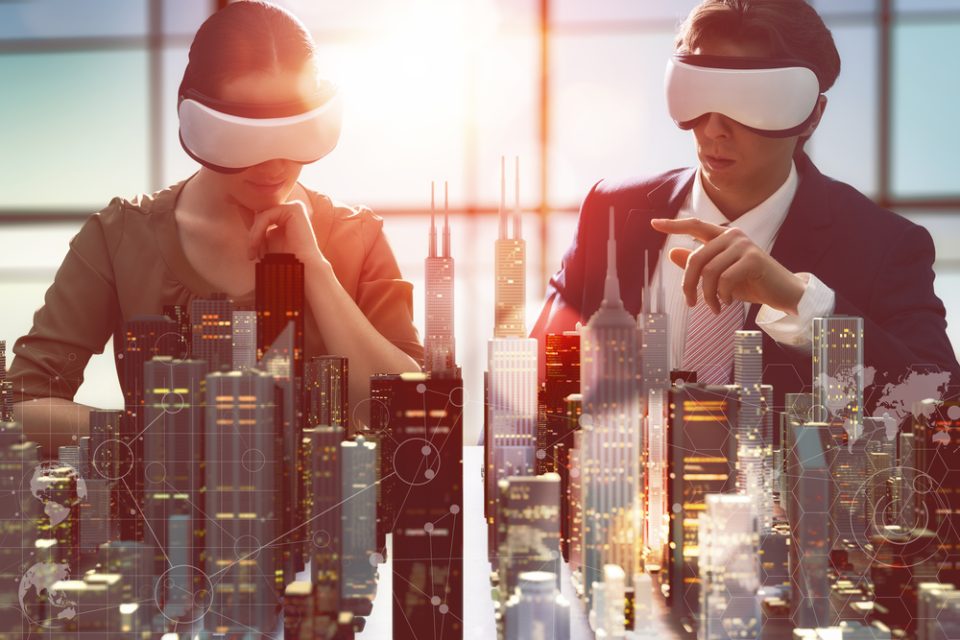 An online world came into existence with the arrival of the Internet. Online connectivity allows users to engage with each other and exchange information. All the activities since then are categorized as an online or as an offline engagement. Furthermore, AR & VR are attempting to bring the real and digital world closer since the past decade. There are constant efforts to make the digital experience feel as realistic as possible with AR & VR. Merged Reality is a concept where the distinct difference between reality and the digital world will be non-existent. The Internet of Senses will boost efforts into Merged Reality by integrating various senses with digital experience.

Merged Reality: Beyond AR and VR

Digital experience has come a long way with developments in AR & VR. Users are now able to experience real-like content and engagement with AR & VR devices. AR/VR offers an immersive experience with audio-visual content, feedback vibrations, and seat movements. Additionally, Merged Reality will possibly fuel such efforts further with widespread intervening between online and offline reality. A real-like experience needs to go beyond just audio and sight. As such, the Internet of Senses will play a vital role as Merged Reality comes into existence.

The majority of consumers believe that video content will keep dominating with Merged Reality. There is a vast scope to further engage the users with videos that can convey different sensations. As such, users predict that gaming will become more interactive and more entertaining.  The gaming world will bring real-world physics and reality identical senses to a safe level. Ericsson Lab’s Report predicts digital objects will feel just like physical objects. The Internet of Senses will allow the users with a sense of smell, taste, and even touch of digital objects.

Impact Of A World With Mixed Reality

Currently, the digital world is already really addicting to most consumers. In one way or another, consumers are sharing their interests to get the best out of the digital world. Consumers, Developers, and Investors have shown great response to early adopters of Augmented reality and Virtual reality. 3D cinematic experience has been an enormous success.  Users who now look at the product picture and find it interesting will love it if they can feel the product in their hands. As such, the Internet of Senses will create a physics for digital reality. Digital objects will weigh, on-screen buttons will have shapes and edges, perfumes will smell online, and one will taste the food before ordering it online.

Physical reality will be transient, just like the online world. Consumers believe that they will be seen through the building and object in the real world with AR as Merged reality emerges. On top of that, they expect that AR glasses will be obsolete, and holographic 3D displays will be in practice by 2030.

Internet addiction is of grave concern with technological evolution. Users are now relying on the Internet for most of their activities. On top of that, Merged Reality will allow users to create their own world. There comes the question of how and will users be able to cope with physical reality if technology encourages them to feel the way they want digitally. Neuroscience has been vocal lately about how the Internet and its instant gratification are affecting the human brain. Merged Reality will undoubtedly intensity these challenges. As such, there lies the question about the safety of merging both worlds. Cybersecurity will have a whole new meaning, and hacking will sound a lot more troublesome. But now, Merged Reality is an inevitable future as consumers have their expectations frozen. Only technology itself would be able to answer these unidentified challenges.

What if someone can hack into the user’s digital world? It would be even worse if adversaries can hack into the physical world digitally. There are several such areas that must be addressed before introducing such a piece of tech. Regulations will play a significant role so that users can draw the line between physical and digital applications of Merged Reality. Even with so many unidentified challenges, there are quite a lot of benefits as well. Merged Reality and the Internet of Senses will empower the users to create their own world quite literally.

Technologies and Industry 4.0 for the next digital revolution

Post-Privacy Consumers In The Data-Driven World

IoT devices for the busy executive

Best Home Assistant in your Smart Home for 2022

Understanding the Difference Between a Prototype, POC and MVP

Bounce: The Luggage Storage Around the World

A Review of the Raspberry Pi Pico W

How Does a Bifacial Solar Panel Work?