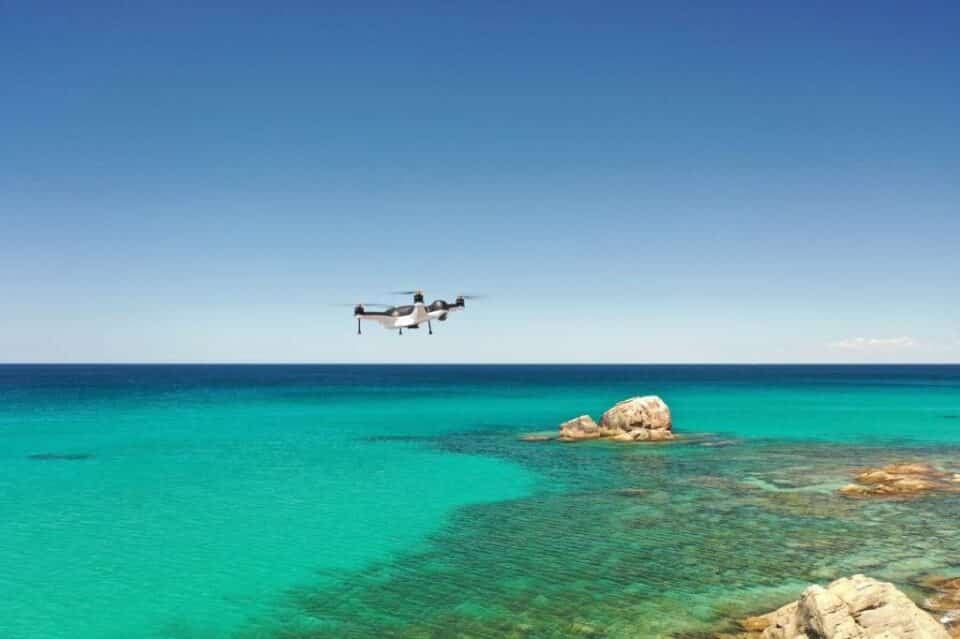 Before you begin your journey into the world of drone fishing, make sure you’ve read this article. We’ll talk about what types of drones are available and which are more reliable. We’ll also go over the regulations for drone fishing. After reading this article, you’ll be ready to take the plunge! But before you do, keep these tips in mind. Before you fly your drone, make sure you have a checklist in hand.

A fishing drone has a longer range than a regular one. It can fly at a distance of a mile or more. While most people can cast a line 30 to 40 yards away, a fishing drone can look for groups of fish and drop lines right over them. It will be much easier to locate a school of fish and catch the most fish for you. The more range you have, the better.

To ensure that the drone has a long flight range, look for a durable, lightweight frame. Long range drones must be able to automatically land safely. GPS support is essential. A camera with a high resolution can help you control the drone more effectively. Drones with dual-frequency capability are more reliable as they can deal with interference from other drones. You can even find drones with long battery life.

The range of a drone is determined by the transmitter’s signal strength and the transmitting technology. Higher-end consumer drones will generally have longer ranges, but it’s not possible to get them beyond visual line-of-sight. While the FAA doesn’t allow recreational drones to go beyond this limit, there are benefits to having a longer range. And, since drones are mostly used for fishing, the longer range drones are more reliable for this sport.

However, drone fishing is not without its downsides. Firstly, you need a drone with a long range, as cheap models will not have enough range and GPS functionality. Secondly, you should avoid using drones with a short range because they won’t be reliable enough. And last but not least, you should avoid piloting errors and line tangles. If you do end up losing a fish because of these issues, it would be best to use a longer-range drone.

Lastly, you should consider your budget before deciding on a fishing drone. The DJI Phantom 3 comes with a 25-minute battery life, maximum unobstructed range of 1000m, and 2.6-pound payload capacity. The DJI Phantom 3 also features easy to use flight controls. Regardless of what your budget is, there are drones with long range that can last up to a full day fishing.

The reason why you should consider buying a long range drone is because they will give you a better chance of catching more fish. Longer range drones are also more reliable for fishing. You can even use a phone microphone to record narration for your video. And as a bonus, you can easily remove the body of the drone and use it as a stabilized action camera. This way, you can enjoy the same benefits of a traditional camera without the hassle.

The DJI Mavic Air 2 is an excellent long range drone that is also a cheap alternative to the DJI Phantom 4. It uses ActiveTrack technology to ensure a steady live 1080p video feed even with a longer flight range. Unlike other drones, it does not require FAA registration in the US. Its lightweight design is convenient for both beginners and experienced pilots alike. And it’s easy to use and stores easily.

There are several factors that determine the best mechanical bait release mechanism for drone fishing. The best one should have a repeatable release mechanism with a minimum amount of variance throughout the range of adjustment. Low settings are best for light baits and high settings are best for stronger winds. Additionally, it should mount centrally below the drone’s propellers and be easy to operate. Several different manufacturers offer a variety of options for these types of drones.

You can choose a drone with a mechanical bait release mechanism or an electronic one. Make sure that your drone is waterproof and in good condition before you start fishing. If you are using a mechanical drone, you can try rigging your drone with a drop loop. A second loop should be placed between six and ten meters away from the drone. Depending on the fishing line diameter, you can experiment with various ways to hook the line to the drone’s bait release mechanism.

The best drone bait release mechanism will protect your drone from crashes and provide the most reliable release. It will also keep your drone safe from reel snags and bird life. You can purchase these drones online. If you are looking for one of these drones, check out Urban Drones’ online store. It offers several drone accessories for drone fishing. You can even order custom drones. Just be sure to make sure that your drone has a waterproof battery.

When choosing a drone for drone fishing, you need to make sure that you have a defined safety height. At least 20 meters above sea level is considered a safe distance. After determining the height of the drone, it is best to fly it out over the water while keeping the line taught. Once the drone is flying above the bait, close the reel’s lever and wait for it to release the line.

The Gannet X Bait Release is a mechanical component that can be mounted on a DJI Phantom 3, 4 or 5. The gimbals can support weights of up to 10 kilograms without blocking the sensors. Furthermore, the bait release mechanism is only 13 grams – seven times lighter than its nearest competitors. The drone also allows you to switch between full locks and mechanical release modes, and the transmitter is rechargeable. It also weighs about 55 grams.

The recreational use of drones for fishing is growing in popularity, but some regulations must be followed to ensure safety and avoid a fine. Depending on where you are flying your drone, you will need to comply with FAA rules for recreational model aircraft, and follow specific altitude and airspace rules. Also, you should always have line-of-sight. To learn more, check out FAA’s drone rules and regulations.

Drone fishing is not a new concept, but it is still considered unethical in some states. Fortunately, the International Game Fish Association (IGFA) has ruled that it is not unethical to use drones for fishing, but you should follow your state’s rules and local regulations. Using drones for fishing can provide fishermen with an advantage over other fishermen, including boaters and protected species. The International Game Fish Association (IGFA) has said drone fishing is not unethical and encourages responsible fishing.

Although drones are still in their infancy, they can benefit fishermen of any skill level. In addition to helping anglers reach fish that they would otherwise be unable to find, these flying cameras also provide an aerial view of a location. Using drones for fishing can be a good alternative to buying a boat. But drones are also limited by line length and must be used with caution. Aside from the above advantages, the drones also have a payload release mechanism to avoid causing harm to the fish.

Although drone fishing is still relatively new, the possibilities of recreational use are endless. Despite the concerns, drones can help anglers access new locations and habitats. They may also be considered cheating in competitions, so it is important to comply with regulations regarding drones. While drones have many benefits, they do pose a learning curve, so it’s best to use them responsibly. In addition to the legal ramifications, drone fishing should be practiced before it’s used for competition purposes.

While drones can be an excellent way to scout locations, some states have banned them because they are not safe for the fish. However, drones are still legal in Hawaii. However, the International Game Fish Association (IGFFA), which oversees angling, has declared the use of drones for fishing to be ethical and legal. While this is still in the early stages, the International Game Fish Association is continuing to assess the use of drones for fishing purposes.

How to overcome the challenges in IoT application development

Smoke detector for the house we introduce you to LEEO

Ambi Climate Mini Review: Everything You Need to Know